These clocks were originally exhibited in a show simply called Monotypes (pictured below) in 2009. For most of them, I scanned in advertisements or patterns from 1970s magazines and printed them digitally over Stonehenge lightweight paper. Then I used flat, swirled, or watery ink on plexiglass and monotype printed over the digital pritns, cut them up, and reorganized them into quilt-like patterns which I glued down, drenched in shellac, and then assembled into clocks. They are functional, and require AA batteries. 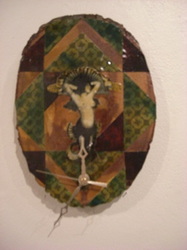 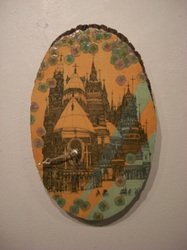 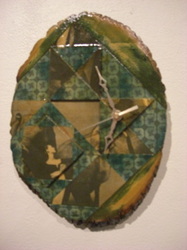 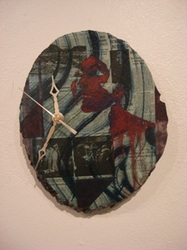 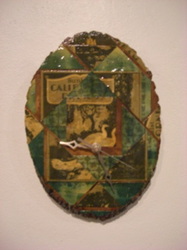 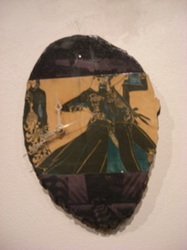 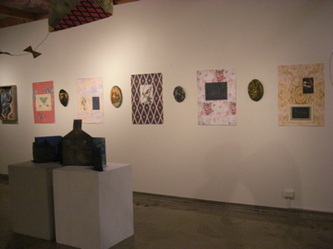 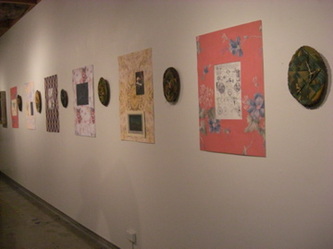 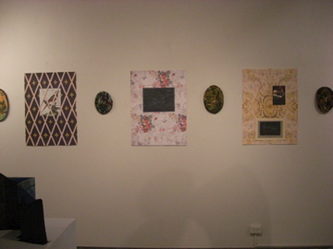